The 500th Anniversary of the Reformation, and the 600th of Nicolas of Flue – what do these two commemorations mean to us today? 260 followers of the Swiss network of Together for Europe, belonging to many different Churches, met on 9th of September to reflect together on this topic in the Flueli-Ranft Hall, where “brother Nicola” lived.

“What is the significance of the life and work of Nicola of Flue for us personally, for our Churches, our Communities, and for our network of Together for Europe?” – this was the central question of our convention.

The participants hailed from all parts of Switzerland, representing 30 Christian Movements and Communities. The meeting was planned and organised together by the members of the Swiss TfE Coordination Team (from 10 Movements and Communities).  Since the very beginning of the meeting it became clear that the encounter and mutual exchange of ideas was what everyone came for. The hall soon filled with many enthusiastic groups engrossed in dialogue.

The programme of the meeting varied from four short talks (representing different approaches to the life and work of Nicola of Flue), to a choir specially assembled for the event, a theatrical representation of “brother” Nicola’s prayer, a round table discussion which was profound and well attended.

Pastor Geri Keller and Roland Groebli, both experts on Nicola of Flue, Fr. Raffael Rieger of Schoenstatt, representative of the Swiss TfE Coordination Team, and Alisha Furer, historian and a representative of the youth held the round table which lasted for an hour. Selomie Zuercher of the “Jahu” Community of Bienne, a student of history, chaired this moment of dialogue. Through quotations from brother Nicola, the participants were invited to express their own experiences and limitations: “What stops me from opening up towards people of different denominations or religions? What helps me to do so? Do I have experiences of such “togetherness” to share? These and other inputs were an invitation to fight prejudice and to make the first steps, even in the simple day-to-day gestures, such as, for example in a shared bus journey to work.”

A variety of participants, drawn in in the first place by their interest for Nicola of Flue, expressed their enthusiasm for having met the network of Together for Europe. As one person said: “Thank you for your commitment to building TOGETHERNESS in Europe! I am also part of it now!”

For further information please visit the Swiss web site of Together for Europe: http://miteinander-wie-sonst.ch/miteinander/aktuelles 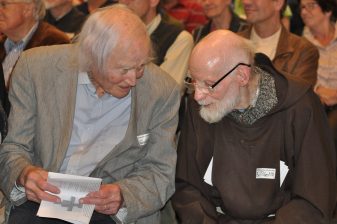 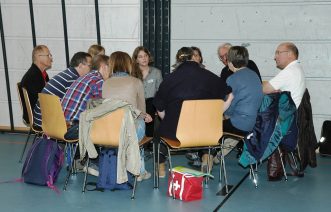 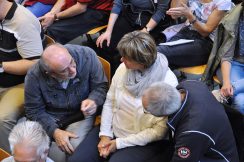 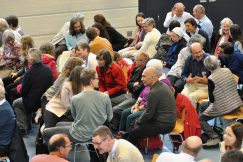 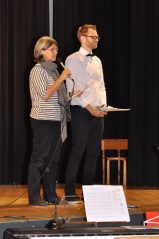 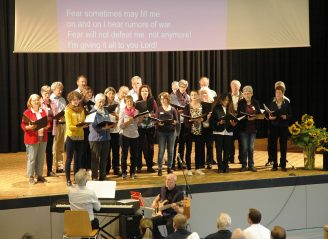