Friends of Together for Europe: From 10th to 12th November 2016, 129 participants from 13 European countries met in the International Formation Centre of the Focolare Movement in Castel Gandolfo (Rome). There were eight languages represented, with simultaneous interpreting provided for four of these. The representatives of 39 Movements and Communities shared – as one said – “a small miracle of Pentecost”.

All participants whether leaders or representatives of the Movements, expressed continued gratitude and joy for the Together for Europe events in Munich (June-July 2016). The participants shared their conviction that, after the Paris attacks one year ago which happened while the Friends were meeting in Holland, after Brexit, the news of which arrived shortly before the Munich TfE international congress and rally, and after the challenging outcome of the US elections just a few days ago, Together for Europe is needed today more than ever!

At this time we ask ourselves pressing questions: what will the future journey of Together for Europe be like? Which practical steps will be required to be taken by individual Movements and Communities as well as on a national level and within Together?

The meeting was characterised by numerous suggestions and proposals to this end which were developed in talks, individual meetings and working groups yielding various ideas to plan for 2017. Two of these are as follows:

Below is some feedback gathered during and after the meeting:

Elke Pechmann (Offensive Junger Christen OJC eV.): “Together for Europe is not a luxury, it is not something ‘extra’, but rather a significant investment in the present and future of Europe.’’

Larisa Musina (Transfiguration Fellowship of Minor Orthodox Brotherhoods, St. Philaret, Moscow): “In order to become real friends, we need to get to know each other well. We will broaden dialogue between countries of Eastern and Western Europe. Along with other Eastern European countries Russians have much to offer to Western Europe.”

Pavel Snoj (Focolare Movement, Slovenia): “We will update the other Movements on our return to Slovenia about this meeting. We will take this opportunity to invite two bishops (a Catholic and a Lutheran one) so that they can see that lay people along with the Churches in Europe are getting organised to help bring about a better future for our continent.”

Selomi Zürcher (JAHU, Switzerland), speaking on behalf of the youth of her working group: “We feel that the future of Europe concerns us. We appreciate the experience and wisdom of adults present. In turn we ask them to have faith in us and a willingness to learn from us, so that the Europe of our fathers can also become Europe of the children.”

Constanze Wolf (Focolare Movement, Germany): “I am looking forward to sharing my enthusiasm for Together to other young people. I started spreading the word about it in the parish and at work and I hope that next year in Vienna, at this annual meeting, there will be even more of us.”

Summing up: now more than ever, the experience of reconciliation and friendship offered by the people of Together for Europe is necessary, so that through it, it becomes possible to discover how to play on Earth – as Chiara Lubich said – the “music scores written in heaven.“

The next meeting of the Friends of Together for Europe will take place from 9th to 11th November 2017 in Vienna. 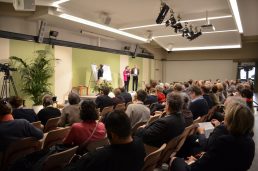 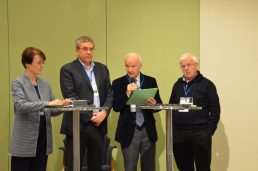 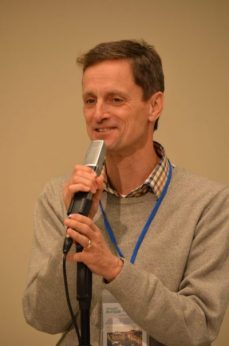 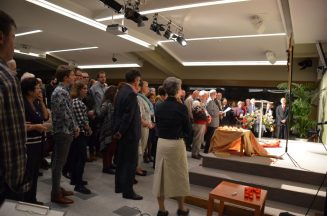 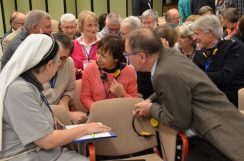 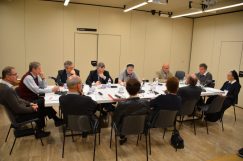