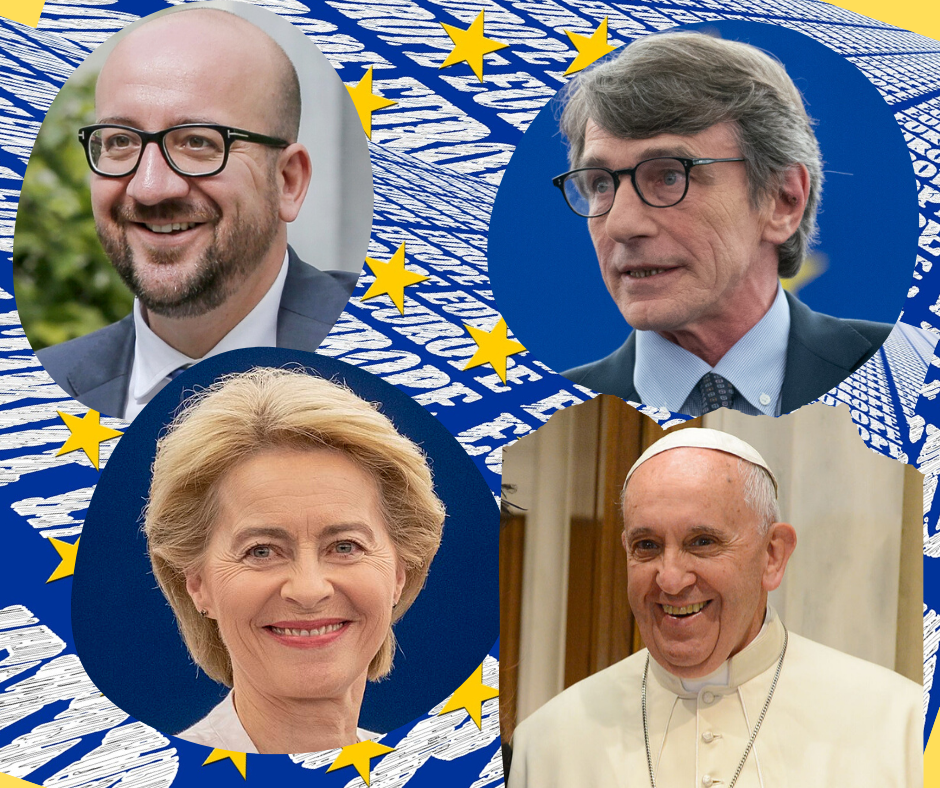 Letters from Together for Europe to the E.U. and the Vatican

To quote from the letter: “… at this time, we want to work and pray for the whole of Europe and for solidarity in Europe. We are convinced that Europe’s future – and that of the world – has be worked out together. Even now Europe can lead by example. And in the midst of the enormous challenges posed by the Covid-19 pandemic, we ask you not to forget the refugees and asylum seekers at the borders of the European Union. Please take timely measures to help and – as far as possible – welcome those people.”

Another letter has been sent to Pope Francis. On Easter Sunday, he specifically invited the world to face the pandemic together. The Steering Committee of Together for Europe assured the Holy Father of their support and commitment. “In particular, we feel challenged by your special appeal to the European Union to find a positive way forward in this epochal challenge, knowing full well that «not only its future, but that of the whole world could depend on it». Furthermore, “We firmly support your call and renew our commitment in many parts of Europe to   give further proof of solidarity also by resorting to alternative solutions.”

Ecumenical and International Prayer Vigil – Faith opens up to culture

On the eve of 24th of March 2017, the Church of the Twelve Holy Apostles (Basilica dei XII Apostoli) in Rome was heaving with some 750 people who gathered for a Vigil commemorating the 60th Anniversary of the signing of Treaties of Rome presided by Card. Koch, President of the Pontifical Council for Promoting Christian Unity. Catholics, Protestants, Orthodox, Anglicans, clergy and lay gathered, taking up the invitation of Together for Europe, a joint initiative of over 300 Christian Movements and Communities. Together for Europe was also represented at the Vigil by a choir composed of eight Movements and by a choir of the Romanian Orthodox Church.

President of Italy, Sergio Mattarella sent a message to the Vigil participants, in which he expressed his “desire to have been present and his firm conviction that such moments of encounter, offer a strong sign of hope, necessary in building a Europe of unity and solidarity.”

Mons. Nunzio Galantino, Secretary–General of the Italian Episcopal Conference, Andrea Ricardi (founder of the Community of Sant’Egidio) and Gerhard Pross (current moderator of Together for Europe) spoke during the programme on various aspects of the crisis currently gripping the European continent, provoked by among other things, national greed on both collective and individual levels. They launched an invitation to uphold the belief of the Founding Fathers in the European project and to strive for peace, justice and solidarity throughout the world (Preamble to the Treaty establishing a Constitution for Europe, declared by Heads of State on 29th October 2004).

The Trisagion hymn “Holy God, Holy Mighty!”, sung by a gathering themselves deeply moved, sounded particularly powerful and solemn against such a backdrop.

In an interview, Fr. Heinrich Walter of the Schoenstatt Movement, emphasised: “There are two key moments on the journey towards renewed European integration. Firstly, the Christian roots of Europe ought to be nourished. This is something which the Movements have been working for. Secondly, we must respect the freedom of others. We try to do this within the Together for Europe network and we wish to share this experience of ours with all of Europe.”

After the Vigil, Symeon Catsinas, a Greek Orthodox parish priest in Rome, shared his joy: “I am very happy with this evening’s event. As Christians, we need to work together in order to offer a joint witness. It is imperative that we follow on this path together.”

When asked if the document “From Conflict to Communion” can be regarded as a model for Europe, the dean of the Evangelical Lutheran Church in Italy, Pastor Heiner Bludau, said: “The document certainly shows a positive step. We now need to see its impact on life in order for it to be a convincing model for all of Europe.”

The words of high politics and those of Holy Scriptures resounded as if on the same level. Jesus Moran, Co-President of the Focolare Movement, said: “Europe is unthinkable without Christianity. Christianity which formed Europe is the Christianity of a united Church: ecumenical “Catholicism” (universality) therefore is the most fundamental reality of Europe. As such, Europe needs to rediscover itself as a civilization of Christianity. Christian values are European values and vice-versa. Culture of dialogue, tolerance, openness and brotherhood can be lived beyond any denomination, religion or creed. This Vigil will serve to re-awaken these great values.”

Over 4,000 people followed the event live and it was widely shared on social media.

In 50 European cities, parallel events of solemn prayer were held, and were well attended. The voice of Together of Europe was made heard loud and clear! 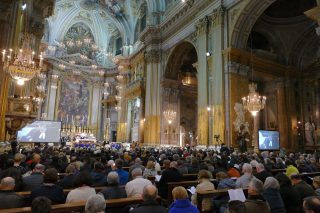 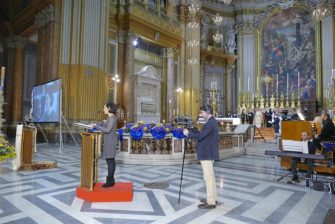 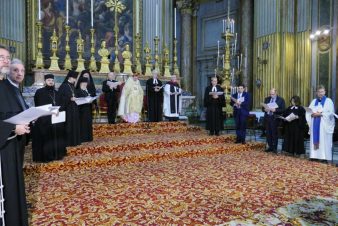 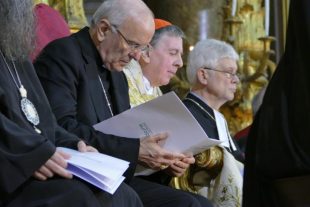 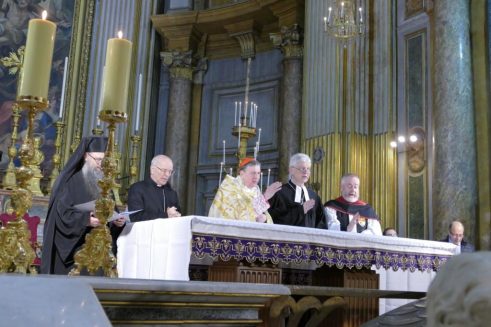