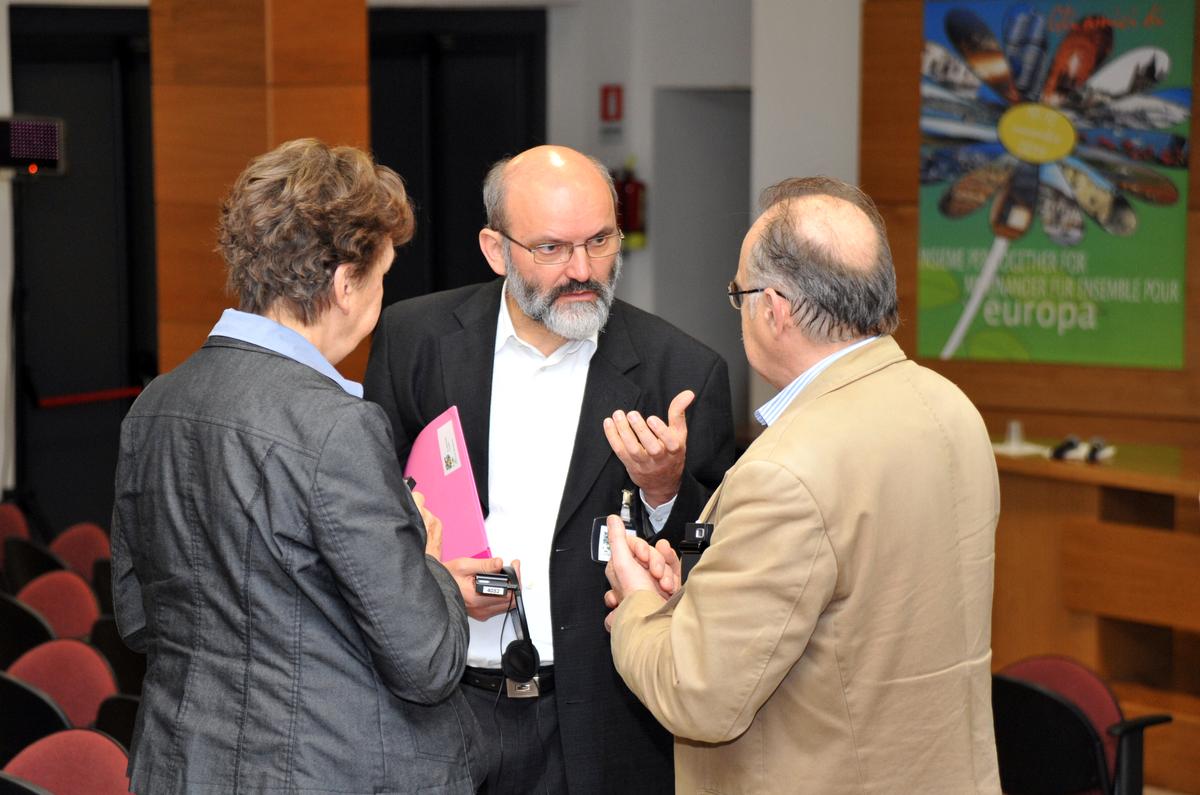 The Committee made up of eight members including the Catholic, Orthodox and Evangelical-Lutheran Churches met at the Saint Egidio Community headquarters in Rome on 4thJune, 2013. The main purpose of this meeting was to discuss the fruits of the past year and try to understand together the next step to take. As Chiara Lubich liked to say, trying to see “the score written in heaven.”

In many of the 152 cities linked up on 12th May, 2012 a dynamic collaboration among local movements and communities of various Churches took place. In several countries, there is a national Together for Europe committee which acts as a network that continually encourages dialogue. Andrea Riccardi (founder of the Community of Saint Egidio), quoting Pope Francis, emphasized the responsibility to continue to go out and avoid being self-referential. It is the “culture of encounter” – emphasized Maria Voce, President of the Focolare Movement also quoting Pope Francis – “the culture of friendship and openness to others that we experience on this journey of communion that gives hope to our continent and beyond.” Returning from a trip to Germany, Maria Voce tells of meetings with important personalities who see Together for Europe as a way of uniting hearts.

Gerhard Pross, YMCA, told, how at the Catholic Academy of Stuttgart-Hohenheim, representatives of the Evangelical Church in Germany, the Catholic Church and other churches met, on the 23rd May, 2013 thanks to the invitation of some movements and communities connected with Together for Europe.

Nikolaus Schneider, Chair of EKD (Evangelical Church in Germany), Archbishop Robert Zollitsch (President of the German Bishops’ Conference), Bishop Gerhard Feige, the regional evangelical bishop Heinrich Bedford-Strohm and the Romanian Orthodox Metropolitan, Serafim, in their speeches, encouraged an open and intense exchange on ecumenical issues particularly timely for the 50th anniversary of the Second Vatican Council and in view of the 500th anniversary of the Reformation in 2017. Some topics emerged:
the return to Christ as the centre point of what unites us, the re-elaboration of our common history at a local and national level that show signs of reconciliation and the importance of raising awareness to the sensitivity of the other Churches.

Rev. Christophe D’Aloisio (SYNDESMOS) presented an interesting vision of some of the Orthodox communities in Europe.
The meeting had a full agenda.
Look at the “existential suburbs/outskirts”: this is one of the priorities.

On the morning of June 5th, cardinal Stanislaw Rylko, president of the Pontifical Council for the Laity met the Steering Committee of Together for Europe: he encouraged their projects.